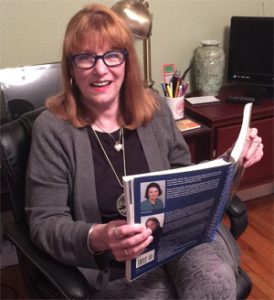 Elizabeth Mitchell began her working career at age 9 in the music profession touring and performing her original music. Later she had a life-changing experience that prompted her to dedicate her life to the service of others. She acquired a two-year college degree in psychology, working in the criminal justice system and as a substance abuse counselor.  After that she received a degree in theology and became an ordained Christian Minister. Then she enrolled in nursing college and acquired a Bachelor of Science in Nursing, becoming a Registered Nurse, providing bedside care for terminal cancer patients. Later she entered the psychiatric profession working at the State hospital in the legal offender unit and the medical unit. In 1995 she furthered her education by receiving a Master of Science degree as a Clinical Nurse Specialist in Psychiatry, receiving National Board Certification and Licensure. Next, she acquired Licensure and prescriptive authority as a Psychiatric Nurse Practitioner. She continued to work in the psychiatric field while taking postgraduate studies in naturopathy receiving board registration and certification and, acquiring training and certifications as a hypnotherapist, developing a special interest in chronic pain treatments with alternative methods. In 2002 she received her doctorate in psychotherapy and counseling psychology with international accreditation and recognition. She now manages a small psychiatric, holistic practice in Spokane Washington